The operational amplifier was originally developed for analogue computing (our PCs are digital computers) and when introduced were complex and expensive components.  Now they are in integrated circuit form and are very cheap, about 50 p (0.7 Euros).  They are not very spectacular, but are extremely useful.

Operational amplifiers require a dual power supply, which means having a central 0 volts rail, and a + 15 V rail and a – 15 V rail.  The full circuit diagram is shown below, but generally we will ignore the power supply.

The ideal op-amp should have the following characteristics:

In practice the maximum open loop gain is 200 000.  Beyond that limit the amplifier goes into saturation which means that the voltage cannot go any higher.  The voltage is limited, of course, by the supply voltages.  In practice the limits are rather lower than this, about 1.5 to 2 V below the value of the supply.

The graph shows how the op-amp behaves:

Using the Op-Amp as a Voltage Comparator

The op-amp being a differential amplifier is very useful as a voltage comparator.  It will give a high positive or negative voltage, depending on which voltage is higher:

The voltage comparator gives a digital output from an analogue input.

The diagram below shows the voltage comparator used as a light operated switch.

The diagram shows the voltage comparator used as a light operated switch.  This is how it works: 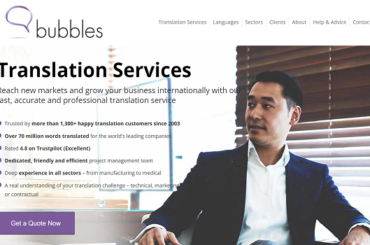